Serrapilheira: from science to funding in Brazil

In 2014, a wealthy Brazilian film director and his wife started a tour of research institutions throughout the world. Their goal was simple: to bring what they had learnt back to Brazil and create something that would encourage local scientists to think big. 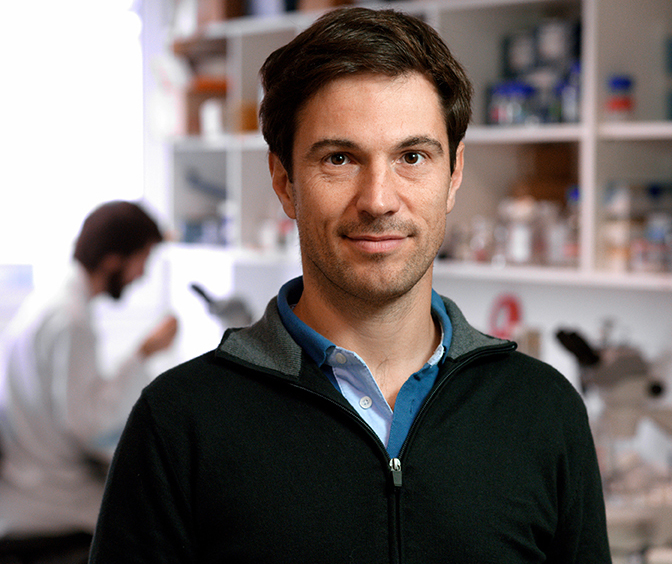 Today, this idea has become the Serrapilheira Institute, a research organisation that promotes excellent science. Sounds familiar? Indeed the European Research Council was amongst the inspirations behind the Institute. Its Director, Professor Hugo Aguilaniu, a former ERC grantee himself, tells us more about the project that got him to move from a career in aging biology in France, to Rio de Janeiro.

First of all, what exactly is the Serrapilheira Institute?

It’s a private, non-profit organisation conceived by a family already known in Brazil for their philanthropic work in the arts. They felt like something was missing in the country in terms of science. In 2016 they made an endowment of around 110 million dollars which became the core of the Serrapilheira Institute. This is open, so that more people will hopefully contribute to it in the future.

What is the main objective of the Serrapilheira?

The idea is to promote excellent science. Mostly fundamental science, what the ERC would call frontier research. Not applied or translational – just high-level knowledge. This is essential for Brazil, firstly because the funding is decreasing, but also because it’s time to invest in the quality of Brazilian research. In the last thirty years we have gone from having few publications, to more than forty-thousand papers published per year. However, the focus has been very much on the quantity rather than the impact. This comes from a mentality issue. If you are going to think up great science, you need to do so in an environment that nurtures great ideas. If it takes you five years to work on one, so be it, we know that excellent science isn’t quick and that it’s risky. This is the basic principle of the ERC, and a paradigm shift that should also happen in Brazil.

How did the Serrapilheira Institute come to be?

The financial agreement was made in 2016. It is thought out so that it will be stable and relatively long-lasting. This is very important for the Brazilian panorama. In terms of its structure, it has very much been modelled on systems we knew well. When I came to Brussels for the ERC interviews, I remember reading on your wall about supporting great ideas and the scientists that were thinking them up. And I said to myself “That is what I should be doing. I should give Brazilian scientists the possibility of having a good idea and implementing it”. The quote may sound like a simple phrase, but it represents a whole culture. You have to work from the ground up, train people, put them in contact with other across the world so they can see what it’s all about. The name “Serrapilheira” is sort of a reference to this. It means leaf litter in English (perhaps not a beautiful translation) but it’s the layer of leaves and plant matter in forests that breathes life into a new growth.

At what point were you involved in the project?

When they had the idea to create the institute, the first thing they did was to launch a call for a director. I had previous ties with the country, which is important to me, I knew the situation well and I wanted to work there. It’s touching to see talented scientists around working in difficult conditions. I saw the call and, as someone who loves science and who has some sort of relation to this country, there was no way I wasn’t going to apply. They contacted me, and it worked. I think they wanted someone who was a scientist because the funders didn’t want to be associated with the Institute directly, and they needed to lend credence to the concept in the science world. I remember the first interview I had they told me I would have to create everything from scratch. They gave me a space to sit and I started to write the first call. This was in January 2017. We launched it in July, and we received 2000 applications.

Are you happy about the call results?

I am. I think we’re working with really good scientists for which the Serrapilheira grant will make a difference. It’s a heterogeneous group of people who were trained in Europe and the US and came back, or who have been in Brazil all their careers. There are a lot of young scientists. This may shape how we support grantees in the future. We may finance PhDs for people to travel and work with brilliant minds, learn that you don’t have to think that because you are from Brazil you won’t be able to ask great questions.

Are you aware of the ERC’s Implementing Arrangement with Brazil?

Yes of course. This is a superb initiative. We are different from the institutions that signed it, CONFAP and CNPq, as we are private, but I think that these types of mechanisms are great. ERC in South America needs to be well-known, and it’s important for us to establish a strong link with institutions like it. It sets the tone of where we want to be in terms of scientific level. ERC for us is a beautiful example: we can by no means compare in terms of size. But in terms of values, we are very close.